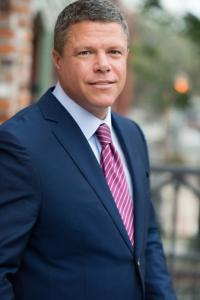 Brian May, Chairman of the Miami-Dade County Cultural Affairs Council 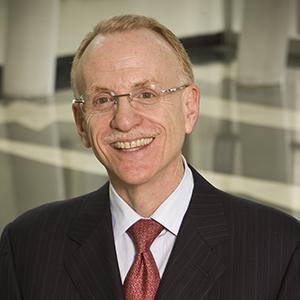 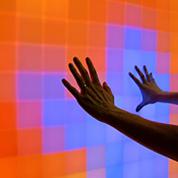 Miami artist Ivan Toth Depeña was commissioned by the Miami-Dade County Art in Public Places program to create an interactive work of art to energize the lobby of the  Stephen P. Clark Government Center. Depeña’s work, entitled “Reflect,” was designed to engage the building’s employees and visitors in a welcoming and fun way through low-energy, LED light panels that detect the motions of passersby and translate their movements into moving, pixilated fields of color. 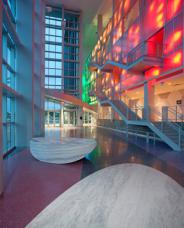 Miami artists Jim Drain and Bhakti Baxter created M|/\M|M/\X, a four-night temporary public art installation that served as the backdrop to the most elite, VIP party of Art Basel Miami Beach. A decadent soiree hosted by the artists took place in the cargo container area located on the waterfront of PortMiami. This party promised to be the most exclusive of Art Basel Miami Beach, only available to be experienced voyeuristically by travelers in vehicles on the MacArthur Causeway or on boats in Government Cut. The artists noted, “Everyone is invited, no one may attend.” M|/\M|M/\X opened daily from December 4-7, 2013 from 7-10 PM.