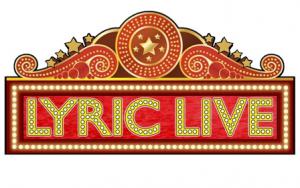 The Black Archives History and Research Foundation of South Florida, Inc., founded in 1977 by Dr. Dorothy Jenkins Fields, is a nonprofit manuscript and photographic repository for the legacies of Miami’s black community.

Today, The Black Archives, History and Research Foundation of South Florida, Inc. serves as a national resource for this history of the 19th and 20th centuries. It also has been the catalyst for Fields’ campaign to preserve the Lyric Theater and other historic sites in Overtown. The theater underwent a major restoration and grand re-opening in 1999, recalling the splendor and exuberance of its days as one of the only black-owned and operated theaters in America.

Renamed the Black Archives Historic Lyric Theater Welcome Center Complex, it is now the oldest theater building in Miami. Adjacent to the central downtown business district of Miami, it is an anchor site of the Historic Overtown Folklife Village.  Just as in Overtown’s glory days during the early part of the 20th century, the Black Archives Historic Lyric Theater is poised to once again become, in the 21st century, a symbol of black economic influence, as well as a social gathering place – free of discrimination – and a source of pride and culture within Overtown.